Dr. Kurt JohnsonPresident
Kurt is well known internationally as a scientist, comparative religionist, social activist and former monastic. With a PhD in evolution, ecology, systematics, and comparative biology, plus extensive training in comparative religion and philosophy, he was associated professionally for twenty years with the American Museum of Natural History and also the One Spirit Interfaith Seminary in New York City. Ordained in three spiritual traditions, he is widely regarded as the closest associate of Brother Wayne Teasdale, the founder of the modern “interspiritual movement,” and works also with the international Contemplative Alliance and Father Thomas Keating, founder of the Centering Prayer Movement. Author of “The Coming Interspiritual Age” www.thecominginterspiritualage.com 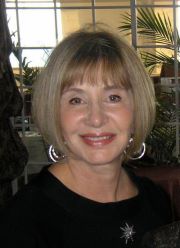 Victoria Friedman
Victoria is a visionary and leader in the field of Collective Consciousness of Vistar Foundation which she co-founded with her husband Ron Friedman, M.D. She is dedicated to exploring the Power and Potential of Collective Consciousness. Victoria, a Ceramic Artist, brings art together with her husband’s scientific background in the Vistar System for individual awakening. Together they developed the Vistar Method for Circles™ (VMC), a disciplined meeting structure for those who come together to access the Unified Field. She has 25 years experience with intensive spiritual group work, and have trained Vistar Teachers, developed intensive workshops and are experts in bringing people together into a Unity Consciousness. www.vistarfoundation.org 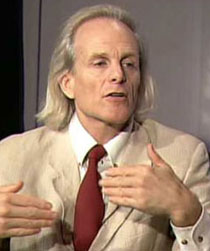 Alan Steinfeld
Alan is the Founder of New Realities , New York portal to mind body and spiritual activities. “New realities are emerging on this planet and expanding our abilities to be more human; to feel more of the subtleties of our incarnational experience.  This website was started as a personal quest to connect with the consciousness of that spirit.  Here you will find many points of view, that have all been factors in my search for understanding.  And if you are here it means you are exploring new realities too.  The new paradigms are still coming in formation.  They have not yet arrived, because formation involves trans-formation from old way of seeing to new ideas about what is possible.
newrealities.com 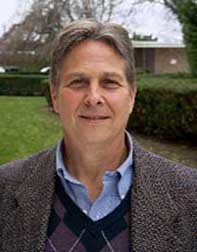 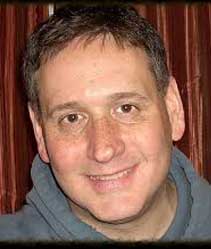 Robert Levine is a poet, essayist, activist, performer and yoga instructor in the New York area.  He is a FIONS Board Member and the Editor-in-Chief of TRENDS in Global Grassroots Organizing (TRENDS.WE.net). He has written on politics, spirituality and transformation and is the author of Without Knowing Where We Are Going: 108 Poems.  His latest book of poetry, On a Journey, is planned for 2021. 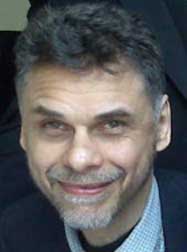 Rick is a principal organizer of 11 Days of Global Unity Sept. 11-21, an annual convergence of more than 200 events in over 60 countries around the world coordinated by We, The World as part of a strategy for building mass public awareness and involvement in the vitally important work of peace and sustainabilityRick is also an accomplished composer and musician who has written, produced, arranged, conducted and performed music for ABC TV, NBC TV, CBS TV, the Olympics, radio, feature films, commercials, records, other media, and for major recording artists from Queen Latifah to Judy Collins.
www.wetheworld.org 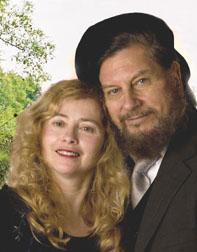 Drs. J.J. and Desiree Hurtak
The Hurtaks are founders of The Academy For Future Science, an international non-governmental organization that works to bring cooperation between science and consciousness. Dr. J.J. Hurtak is the author of numerous books including, The Book of Knowledge: The Keys of Enoch® , translated into twenty languages and the End of Suffering that he co-authored with his colleague, physicist Russell Targ. He has a Ph.D. from the University of California and a second Ph.D., from the University of Minnesota. Together, the Hurtaks have written several books including their latest book entitled, Overself Awakening. They are also well known for their inspirational music, their most recent CD being Sacred Name Sacred Codes with collaborative music by Steven Halpern, and their graphic films, such as Merkabah and The Light Body, from which they have won over 14 national and international awards.
www.futurescience.org 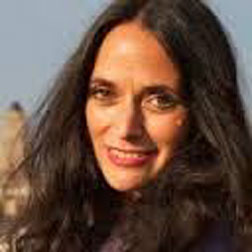 Jodi Serota
Jodi is the Founder and CEO of the META Center New York, Manhattan’s #1 destination for Consciousness Raising. The META Center is dedicated to Consciousness Raising, Healing, Personal Growth, Transformation and Creativity The Center provides a physical space for conscious people to awaken to higher teachings, share the wisdom and utilize heightened clarity in their own lives and out in the world. Jodi is a contemporary artist and vibrational healer born and raised in the New York City area. She is a graduate of Syracuse University where she earned a Bachelor of Fine Arts Degree in Painting. She also completed specialized studies at both the St. Martin’s School of Fine Arts in London, England, and The Fashion Institute of Technology in New York. Additionally, since 1981, she has been one of the New York area’s leading metaphysical educators offering both individual sessions and large group workshops for personal growth and vibrational healing.
www.metacenterny.com 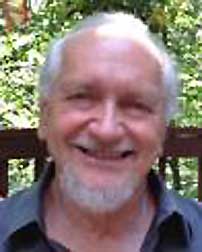 Dr. Ron Friedman, M.D.
Ron is a physician, lecturer, poet and pioneer in the field of Collective Evolutionary Consciousness. His spiritual studies led him to The Work of G.I. Gurdjieff, Rudolph Steiner, and the Non-Dual traditions. The synthesis of his experience with these teachings led to the founding, with Victoria Friedman, of Vistar Foundation, a non-profit organization dedicated to the power and potential of Collective Consciousness. He has 25 years experience with intensive spiritual group work, and trained Vistar Method Leaders, developed intensive workshops, and was instrumental in Voicepoint Ensemble, Vistar’s theater company working in Collective Consciousness which has performed at the UN, arts festivals, universities and spiritual centers. Ron is about to publish his new book of poetry Unaccustomed Looking. 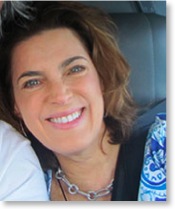 Michele LaGamba-Himmel
Michele is a life coach and energy healer who applies a spectrum of techniques to empower people for spiritual transformation. has an MA in Education and a BA in Art and Psychology from Stanford University.  She has over 30 years of meditation and study with major metaphysical masters and gurus and has received numerous downloads and experienced initiations. Working with individuals and groups, in person and remotely, she accesses specific healing frequencies to facilitate mental emotional and physical balance well being.
energy-matters.us 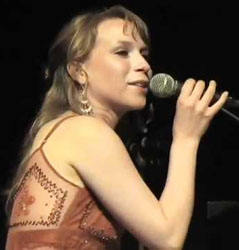 Kristin Hoffmann
Starting at the age of 4, ethereal renaissance pop songstress and multi-instrumentalist Kristin Hoffmann began building a prolific career that reads like a lifetime achievement award speech. In addition to stints at major record labels and song placements on hit TV shows like Dawson’s Creek and Palmetto Pointe, she has shared stages with The Wallflowers, Feist, Brandi Carlile and many other musical luminaries. With a strong sense of artistic altruism, she is most passionate about projects that explore music’s healing power and allow listeners to tap into their higher potentials.

Having studied with Sound Healing pioneer Fabian Maman, Hoffmann not only made music to accompany acupuncture sessions but also composed 170 songs for health-challenged children as a writer/producer at non-profit organization Songs of Love. A spokesperson for ocean conservation, she has performed her Song for the Ocean at environmental awareness conventions around the world. In 2011 she became the singer for Bella Gaia, a multimedia immersive theater experience created in conjunction with NASA. Her most recent work includes a self-produced album entitled The Human Compass(2012) and a symphonic collaboration with composer Marco Missinato called Unfolding Secrets: A Symphony of the Heart.
www.kristinhoffmann.com